CROSSING THE BAR IN HEROIC AND TRAGIC MOMENTS 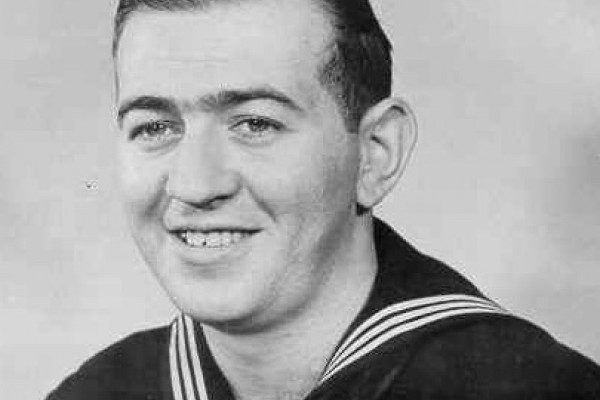 As of December, Coast Guard Station Chatham has become a “heavy weather station” instead of the “surf station” it has been since inauguration in 1872.

According to the Coast Guard, this new heavy weather designation means Coast Guard crews can only set out if the surf on the Chatham bar is less than eight feet. If it is more than eight feet, rescue vessels can be launched from Stage Harbor and helicopters can be deployed from the Coast Guard Air Station Cape Cod located in Sandwich. A waiver to cross the bar when the surf is higher than eight feet can also be requested by the coxswain of a rescue boat.

The changing designation, in an indirect way, becomes opportunity and reason to look back at some of the notable rescues launched from Chatham, as well as a few tragic incidences when Coast Guardsmen, despite strenuous efforts, could not save lives of mariners in distress.

Of course the most famous small boat rescue in Coast Guard history launched from Chatham Station in the winter of 1952.

On the night of February 18, Boatswain’s Mate First Class Bernie Webber and three other Coast Guardsmen took surfboat CG36500 through severe weather to the tanker SS Pendleton which had broken in half during a fierce nor-easter. In his memoir “Into a Raging Sea,” Webber describes what it was like traversing the bar:

“As we headed out darkness was upon us, lights ashore were dimmed through flurries of snow. Just below the bluff of Morris Island, I could hear the roar of the ocean breaking on the Chatham bars ahead of us. The first sea we encountered smashed into CG36500 tossing it up in the air and landing it far down between the waves on its side. The compass was ripped from its mounting. I held on to the steering wheel for life, trying to head the boat back into the seas…”

Webber and his crew made a miraculous rescue of 32 of the 33 men on the Pendleton.

Webber took part in many rescue attempts during his tenure with the Coast Guard. As a young Coastguardsman in 1949, Webber joined a team who assisted in righting the Livermore which was foundering on Pollock Rip, his first experience in distress call response. A year later however, Webber and his fellow coastguardsmen were devastated when they were unable to reach the F/V William J. Landry, which went down with all hands in April, 1950.

The fishing dragger was taking on water during a heavy storm and attempted to draw close enough to Pollock Rip Lightship to await a rescue boat from Chatham. But the lightship crew couldn’t get a hawser over to the Landry, and the lifeboat crews at Chatham tried four unsuccessful times to launch a dory through treacherous waves to get to their motorboat on its mooring in Stage Harbor. When the call came from the lightship that the Landry had sunk there was shocked silence in the watch room at Chatham Station. Webber recalls, in the third person, the torment of his team:

“Four bedraggled men stood quiet, heads down, staring at the floor. Their bodies still felt the pain and weariness of their earlier attempt to assist the Landry. Added now to their burden was a deep ache in their hearts.”

In the mid-twentieth century there were still three manned lightships off the coast of Chatham; Handkerchief, Stonehorse (originally called Shovelful Shoal) and Pollack Rip. Lightships warned boats of stationary dangers and marked safe passage for vessels, guiding them to deep water. Chatham Coast Guard Station had the responsibility of getting men and supplies to the Pollock Rip Lightship, which continued operations until 1969. The last US Lightship, Nantucket Shoals, was retired in 1983, replaced (like many of the lightships) with a large navigational buoy.

Prior to the establishment of the Coast Guard, rescues at sea were the provenance of the United States Life-Saving Service, which had a strong presence on Cape Cod, especially along the backside stretch from Monomoy to Provincetown’s Race Point. Originally formed by volunteers in Massachusetts, the Service was federalized after the Civil War, and by 1915, according to an official website, “the rescuers of the United States Life-Saving Service – fishermen, lobstermen, crabbers, and others who grew up along America’s shores – had saved more than 186,000 lives, becoming collectively the greatest institution of their kind in the world.”

A stone memorial on the grounds of Chatham Station commemorates an attempted rescue of the crew of the barge Wadena off Monomoy Island in March, 1902, in which seven USLSS surfmen perished in the line of duty.

After his retirement from the Coast Guard, Bernie Webber was inspired to write a verse in honor of the men he was able to save, and those he could not:

“Standing at this Chatham bluff alone, I thought about the Landry’s crew and of Archie-Elroy-Tiny and the others gone… we coastguardsmen tried and tried again… brought back 32 men… then there was Joe Stapleton. You see, he made thirty-three.”

Stapleton was a local fisherman whose boat flipped over on the bar one late winter day in 1955, rescued by Webber once again aboard the CG36500.

With ever-shifting inlets and changing sandbars, fishermen and other boaters who venture from Chatham will continue to rely on the skill and resilience of the US Coast Guard. No matter the station designation or location of rescue vessels, we all count on the fact that they will continue to attempt, by sea or air, to save those of us dangerously pummeled by the sea.